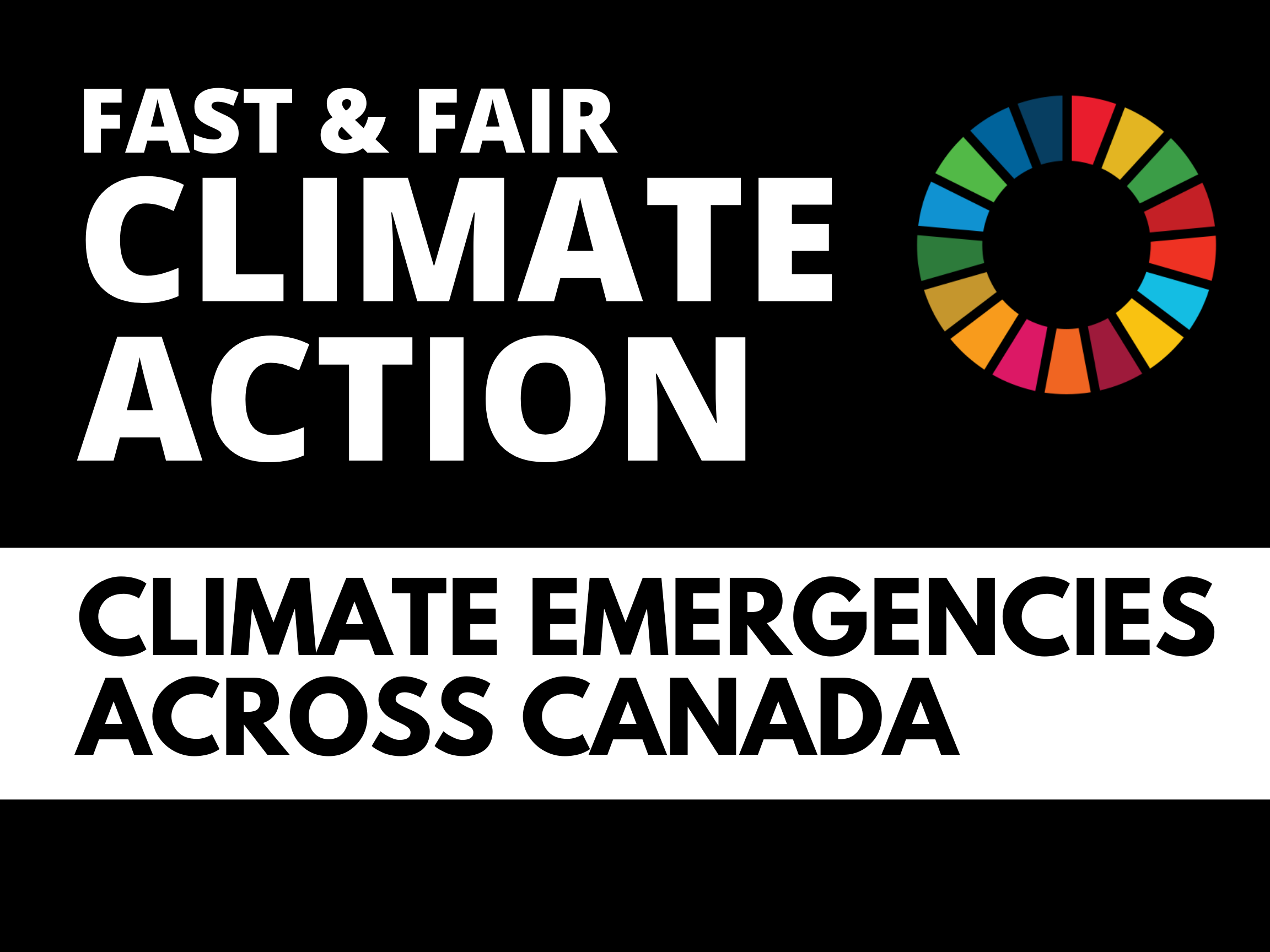 Land Acknowledgement: The city of Calgary is located on the traditional territory of the Blackfoot Confederacy: Siksika, Piikani, and Kainai, as well as the Tsuut’ina and Stoney Nakoda First Nations, and the Metis Nation of Alberta Region 3, who are all traditional keepers of this land. We acknowledge that the climate crisis is an ongoing result of the colonization and disenfranchisement of Indigenous peoples and that decolonization is essential in achieving climate justice.

Newly-elected mayor Jyoti Gondek indicated that one of the first orders of business for her will be to declare a climate emergency in Calgary. In conjunction with COP26 in Glasgow, let’s examine where Calgary stands compared to other Canadian large urban centers.

Calgary is the fourth-largest city in Canada by population, preceded by Toronto (1st), Montreal (2nd), Vancouver (3rd), and followed by Edmonton (5th).

Among the five largest Canadian cities, Calgary is the only city to have not yet declared a climate emergency. In fact, many smaller cities in Canada have already done so, leaving Calgary in a position of unclaimed responsibility and leadership. Alongside many others in Canada and around the globe, each of these cities have declared a climate emergency:

What’s in a climate emergency declaration?

A declaration of climate emergency is a motion voted on and passed by a government that names and acknowledges the current state of climate emergency. It acknowledges that past actions have not been sufficient and formally states the need to respond to this great challenge. While the declaration is symbolic in nature and is not linked to action in itself, city councils elsewhere have used it to express a commitment to action and to preface strengthened climate policies in recognition of the science behind the need for rapid response to rising global temperatures. The international community recognizes the need to get GHG emissions to net-zero by 2050 in order to limit global warming to 1.5 degrees Celsius and avoid the worst consequences of climate change.

Calgary’s Climate Resilience Strategy will be revised over the next few months. Leadership from the other largest Canadian cities points to many areas of municipal climate response where Calgary must improve. Here are a few of the top actions and how we can learn from other municipalities:

Calgary’s existing target is 80 per cent of 2005 levels by 2050. All of the other top five largest cities have set or revised their municipal emissions reduction target to achieve net-zero by 2050 with interim targets set for 2030.

According to the National Climate League, Calgary ranks fifth among Canada’s large cities in proportion of sustainable buildings, with 1.5 buildings per 100k residents.

In 2019, the policy was updated to allow more options in terms of green certification. But by allowing a lot of flexibility on this question and mid-projects amendments, it rendered the policy inefficient in strengthening the sustainability standards for taxpayer-funded buildings. Also, updates to the Sustainable Building Policy mention “reducing and avoiding GHG emissions” but do not have net-zero emissions as a stated goal, and the mechanisms to achieve the principles are weak. Calgary needs a 3T policy that has net-zero Targets, is Transparent, and has Third-party verification.

The city of Calgary has a pedestrian and cycling strategy in place, has the largest bike lane network in the country (1,290 km) and even in the world with the introduction of its Greenway Project in 2018 according to the National Climate League. However, much of that infrastructure is for recreation, rather than daily activities. Calgary performs poorly with regards to its public transit strategy, with expansion projects such as the Green Line subject to delays, and it currently ranks #5 in number of trips per capita (84). Urban sprawl has been temporarily slowed down but there is currently no plan for making future development projects more accessible by walking or cycling.

Trees and healthy natural ecosystems allow for carbon offsetting by sequestering GHG emissions to be sequestered from the atmosphere. Trees also reduce heat islands and help mitigate the impact of heat waves. In Calgary, some efforts are underway to double Calgary’s tree canopy from its current 8 per cent to 16 per cent by 2060. The city is also working to restore natural habitats in 20 per cent of green spaces by 2025.

The city mentions the need for a transition to renewable energy as part of its Climate Resilience Strategy, but does not provide a timeline or a percentage that the city should try to achieve in order to respect its GHG emission reduction goal for 2050. 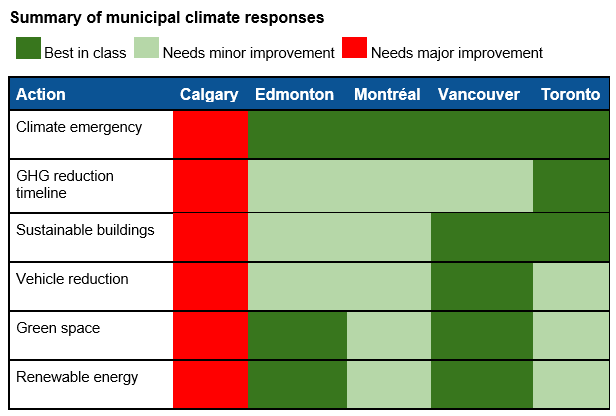 The freshly elected city council has the opportunity to set a new path for the City of Calgary. The efforts underway in other Canadian cities provide valuable lessons on which the city can build a bold plan and become a leader in climate action. Limiting global warming to 1.5°C at the global scale will require significant measures to be taken, which include international decisions such as the ones currently being discussed in Glasgow during COP26 but also local initiatives as suggested in this article. We need Calgarians to engage with each other on climate change issues and hold their councillors accountable to ensure that when approved, declaring a climate emergency will be followed by plans for targeted actions in our city.