Cities hold the keys to climate action. If we can do it here, you can do it anywhere.

Join us for The Climate Lens podcast as we focus on how today’s biggest news stories have climate at the heart of them and how we can address these topics with genuine, local-level climate action. 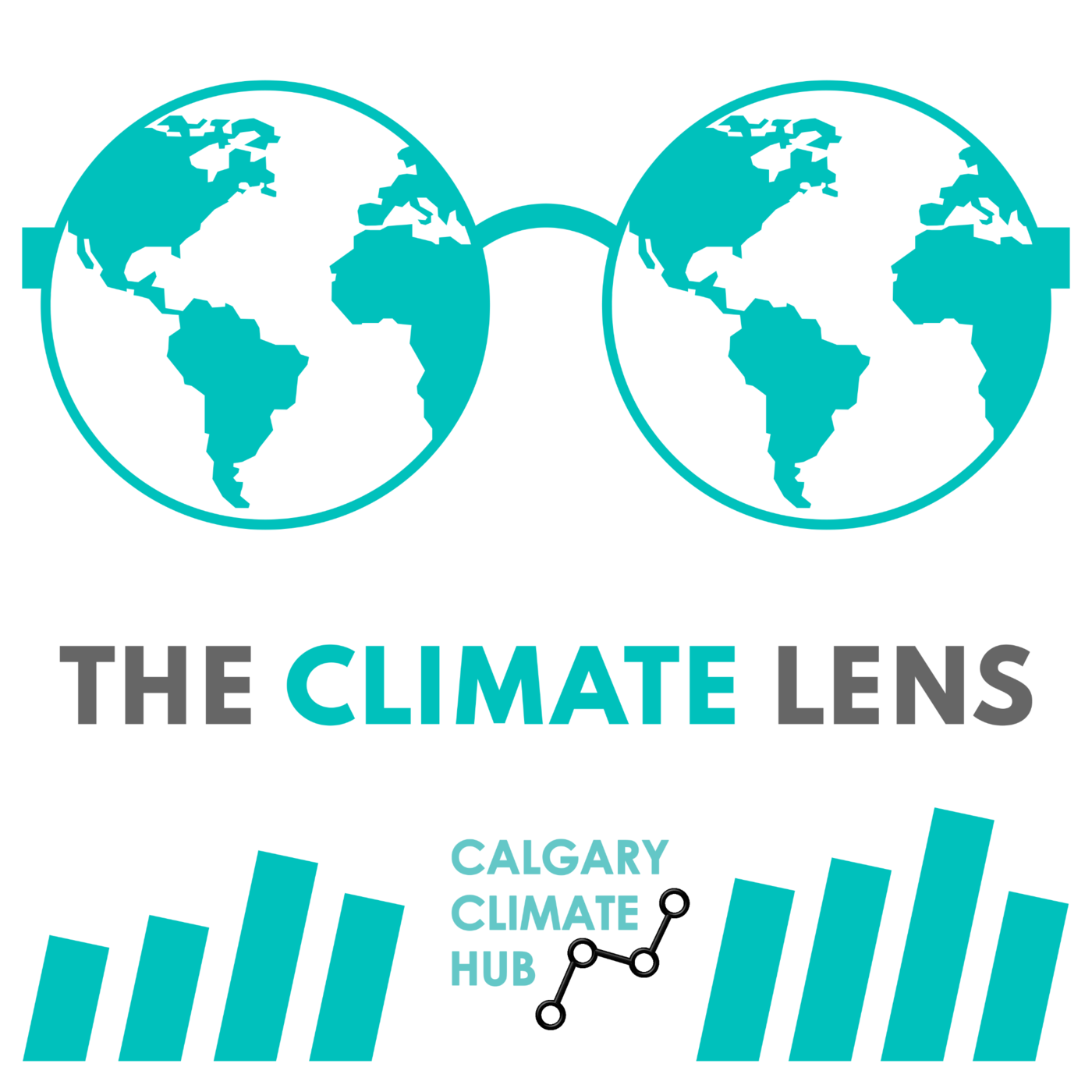 Calgary was built on innovation in the oil industry, and it is facing the energy transition with a population increasingly open to taking up the challenge. In regularly released 15-30 minute episodes, we’ll break down the climate news as stories are unfolding, including insights from local experts, editorials, and Climate Hub correspondents live in the field. We’ll discuss how we can use local wins to influence and support action in other cities, the province, the country, and the world.

We can’t support climate action in Calgary alone. Not only can you take action on your street and in your neighbourhood, but you can also make an impact by supporting the Climate Hub in our work. We invite you to consider donating $5, $10, $50 – any amount you can share, to support The Climate Lens, helping to create awareness and education around climate action in the city. Donate here today. Consider a monthly donation if you can!

According to the City of Calgary website, around 90% of the pre settlement wetlands in Calgary have been lost development. In spite of all this. City Council voted 10 to 5 to allow developers to sprawl once again, encroaching a river valley and endangering some of the very few wetlands that remain to us. One area under increasing scrutiny in this regard is known as Ricardo Ranch.

July 5th, 2022 was a big day for Calgary as our City Council voted in its climate strategy. Recent polling reveals Calgarians not only think we can prosper from the energy transition but that we should lead on it.

This vote happened under the cloud of a vote from just the previous week to expedite yet more costly and climate-endangering sprawl in our city as well as a coordinated disinformation campaign about the cost of the strategy. We brought together a host of climate-concerned Calgarians to share their impression of that day and what is coming next. Listen now.

Calgary Climate Hub is excited to announce our new show The Climate Lens, where host Bentley & guests break down the top stories of our time as they happen from a climate perspective & connect them back to local level climate action right here in Calgary.

The Climate Lens comes at you via Podcast, Webcast, Twitter Spaces, Youtube & you-name-it, telling the climate stories that need telling. Tune in during council votes or when the next extreme weather event rolls through & get smart analysis from local experts on all-things-climate.

Climate folk don't have the luxury of ignoring big-picture systemic issues but we also know that community/municipal climate action is our best shot to see real change happen before our eyes. We need to do both. The Climate Lens (#TCL) bridges that gap. Listen now.

Thank you to our Silver Sponsors!

Thank you to Solar Homes and SkyFireEnergy for helping us take action on climate in Calgary.

Test
Become a Member
Make a Donation
Become a Volunteer
A Climate of Change
The Climate Lens
Welcome to the Calgary Climate Hub!