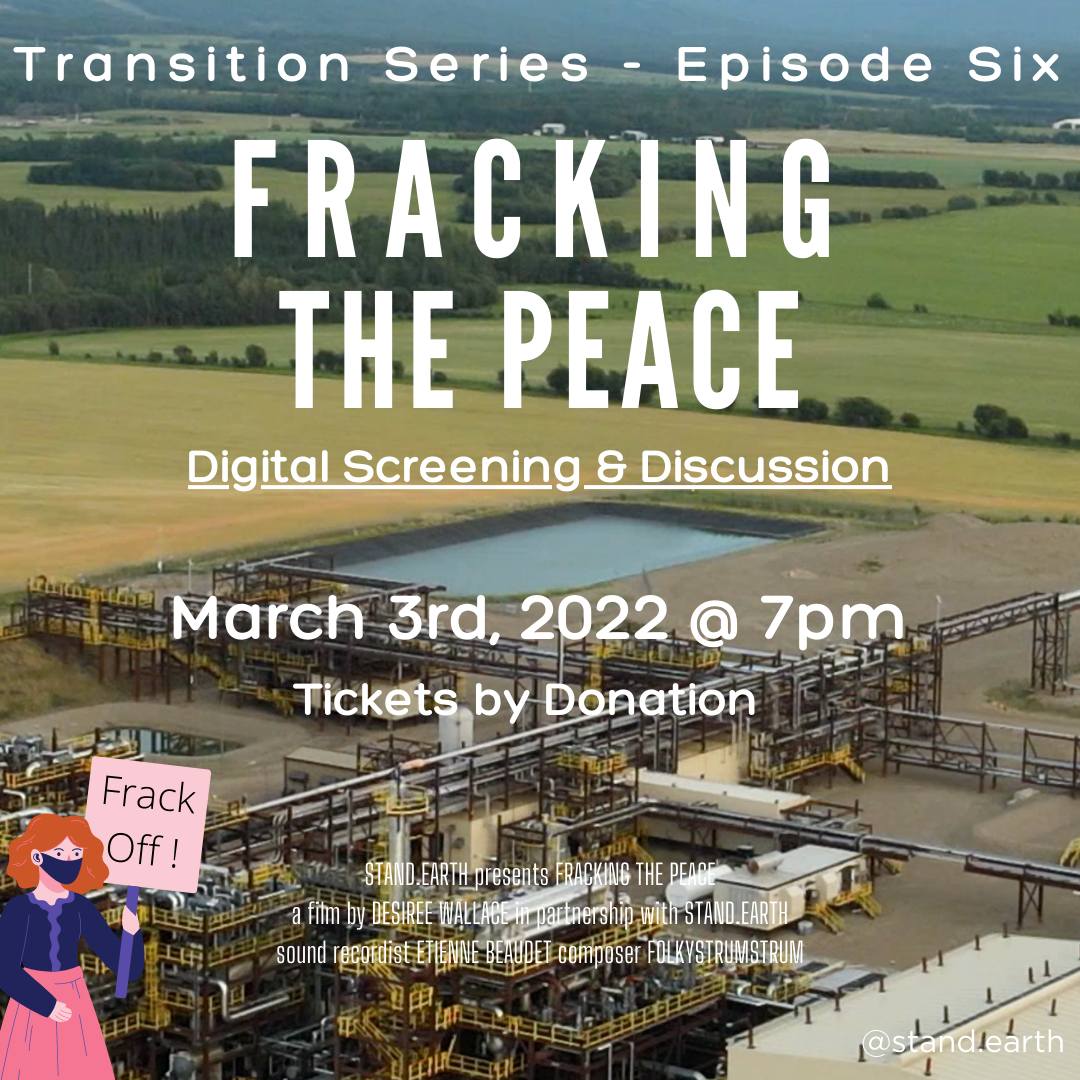 The Transition Series is proud to present Episode Six. This episode will feature a showing of Fracking The Peace, created by filmmaker Desiree Wallace in partnership with Stand.earth, and finish with a small discussion and call to action from the profiled community and film team.

Fracking The Peace tells the stories of the people whose daily lives, environment, and health have been forever changed by fracking and its related industrialization on Treaty 8 territory in Northeast B.C. If left unchecked, the planned expansion of fracking and LNG in B.C. will also have global climate impacts – far beyond provincial borders.

Come hear the stories and experiences of communities facing the impacts of a hotly debated, and still growing, fracking industry.

This is a free/by donation event, and will take place online. The video link will be shared with you one day before the event.