June Book Club: There's Something In the Water

Please join us June 30th at 7PM Mountain Time for our second Calgary Climate Hub Book Club. This time we will be discussing: 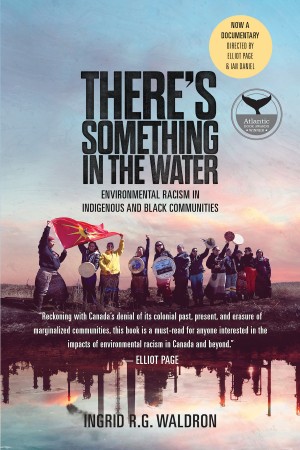 There's Something in the Water: Environmental Racism in Indigenous and Black Communities by Ingrid R.G. Waldron

There is no charge to attend the book club. Just RSVP, and we will send you the zoom link for the event.

We will be joined in our discussion by Terry Lin Fedorus.

Since the early 2000's Terry Lin Fedorus has immersed herself broadly when in comes to issues of the environment and the impact to Indigenous people and communities in Canada, with a focus in Alberta. As an Indigenous Educator, Traditional Knowledge Keeper and Environmental Practitioner with formal education in Environmental Studies and Biology, and in Reconciliation Education, she is a co-founder of the Sacred Circle Foundation for Reconciliation (SCFR), an Indigenous led initiative supporting the path to Reconciliation in Alberta. She currently works with various groups and projects including with Drawdown Alberta to support Indigenous led initiatives.

Terry Lin resides in Fort McMurray Alberta with her husband and two children, and previously lived in Edmonton for many years with roots growing up in Slave Lake and Grande Cache, Alberta.  As a First Nation citizen of Dane-zaa heritage, and member of Beaver First Nation, she is also of Ukrainian background, and has walked both the Indigenous and non-indigenous worlds her entire life resulting in her approach to everything  that she refers to as a 'two-eyed seeing' kind of way, this she believes truly represents who she is both personally and professionally.

If you can't read the book, you can still attend! A documentary about the book is available on Netflix.

Hope to see you there.