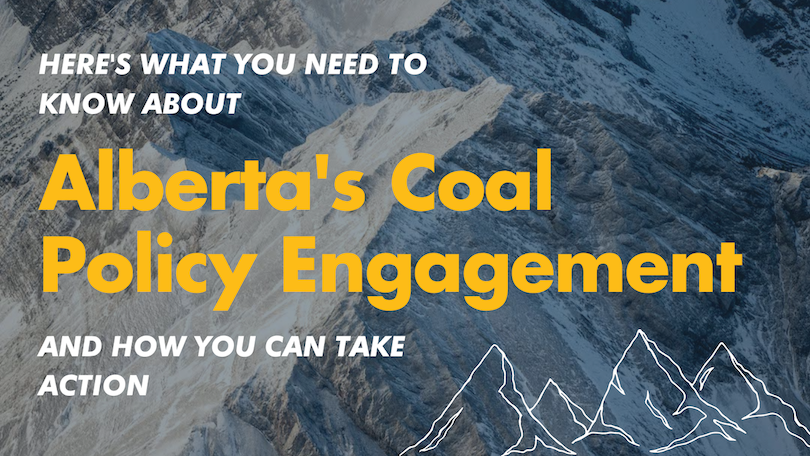 Last week the Government of Alberta announced the start of the Coal Policy engagement.

This process will gather feedback from Albertans about what they want to replace the 1976 Coal Policy, and it is kicking off with an initial public survey that closes on April 19th. We have a number of concerns about the process, transparency, and scope of the consultation. This survey is just the beginning of a months’ long process, but here’s what you need to know and how you can take action today.

Ready to have your voice heard?