"A Crisis in Coverage: Media and Climate" Lecture and Media panel discussion with Sean Holman

"A Crisis in Coverage: Media and Climate" Lecture and Media panel discussion with Sean Holman

During Global Climate Week, the Calgary Climate Hub is excited to host a provocative evening with Sean Holman, author of:  Dear Journalists of Canada: Start Reporting Climate Change as an Emergency to be followed by a panel discussion with some of Calgary’s most distinguished journalists. 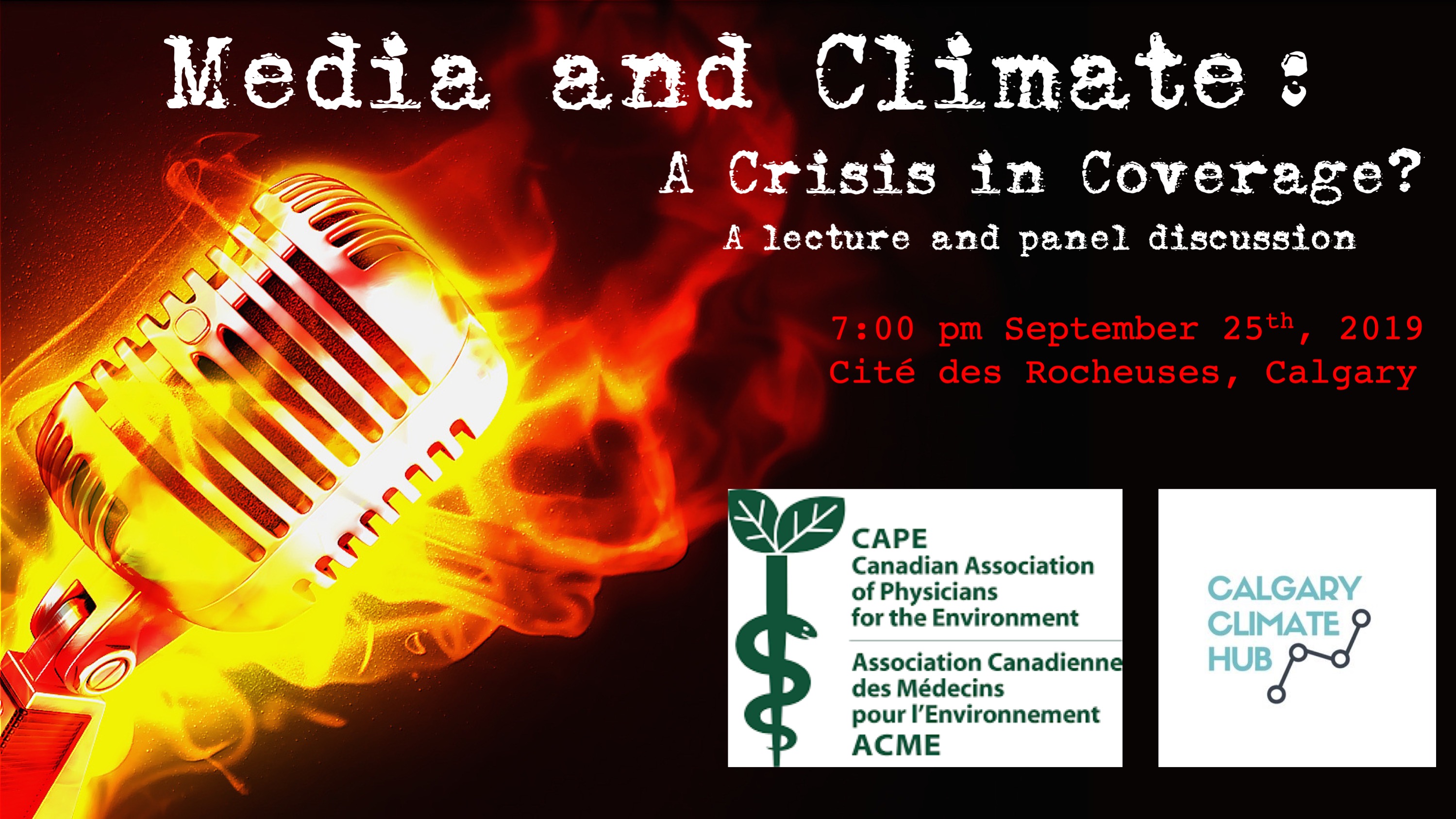 The climate crisis is the biggest story of our age. But not enough journalists are treating it that way. And that's hindering public and private attempts to prevent catastrophic global heating. Sean, and our panel will discuss what responsible coverage of this story should look like and the important role journalists can play during this disaster.

Sean Holman is an associate professor of journalism at Mount Royal University, freedom of information researcher and the founding editor of the pioneering online investigative political news service Public Eye. A former syndicated columnist and talk show host, he also worked as a legislative reporter for 24 Hours Vancouver and the Vancouver Sun. And he produced, directed and wrote the documentary Whipped: The Secret World of Party Discipline.

In 2004, Holman won the Jack Webster Award for a five-month investigation into what became known as the Doug Walls affair. Eight years later, he received a special mention in J-Source’s Canadian Newsperson of the Year competition for “using new and emerging media technologies to expand the number of journalistic voices in this country and to redefine the relationship between journalists and citizens.” He is currently writing a book on the history of freedom of information and is active in campaigning for the news media to cover the climate crisis with the urgency it demands.

Tickets are $10.00, and $5.00 for students/low income. If you would like to attend, and the ticket price is a barrier to you, please contact [email protected] for more information. You get purchase your tickets here.