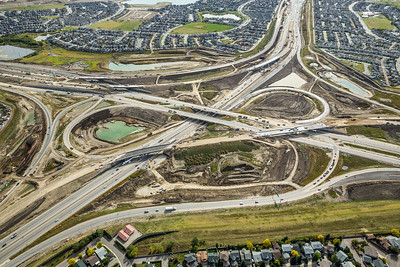 On June 30th, a Calgary Council committee voted to accelerate new suburban development. Shockingly, the committee voted 6-5 to recommend not just to approve the new developments, but to subvert the city’s four-year budget process and speed up the timeline for Council approval, ahead of planned budget meetings in November. This recommendation will now be considered by all of Council on July 26th. If passed, these developments will add one per cent to Calgary’s greenhouse gas emissions.

Councillors on the infrastructure and planning committee did so even after being told by Administration that:

This same council declared a Climate Emergency last Fall, and approved the Climate Strategy - Pathways to 2050 on July 5.

An excerpt from the Climate Strategy, approved July 5

Administration told the committee in its report that new suburban developments are the most GHG-intensive type of developments. They pave in “high-energy intensity land use and transportation patterns. They make it harder for Calgary to meet its net-zero targets.” Yet none of the edge development business cases have been formally reviewed against a climate standard because this committee wouldn’t wait for the standard to be created. This also means none of the business cases for the new developments include climate costs in their models.

The new developments must still be approved by council on July 26.

...then urge your councillor to vote against the new developments.